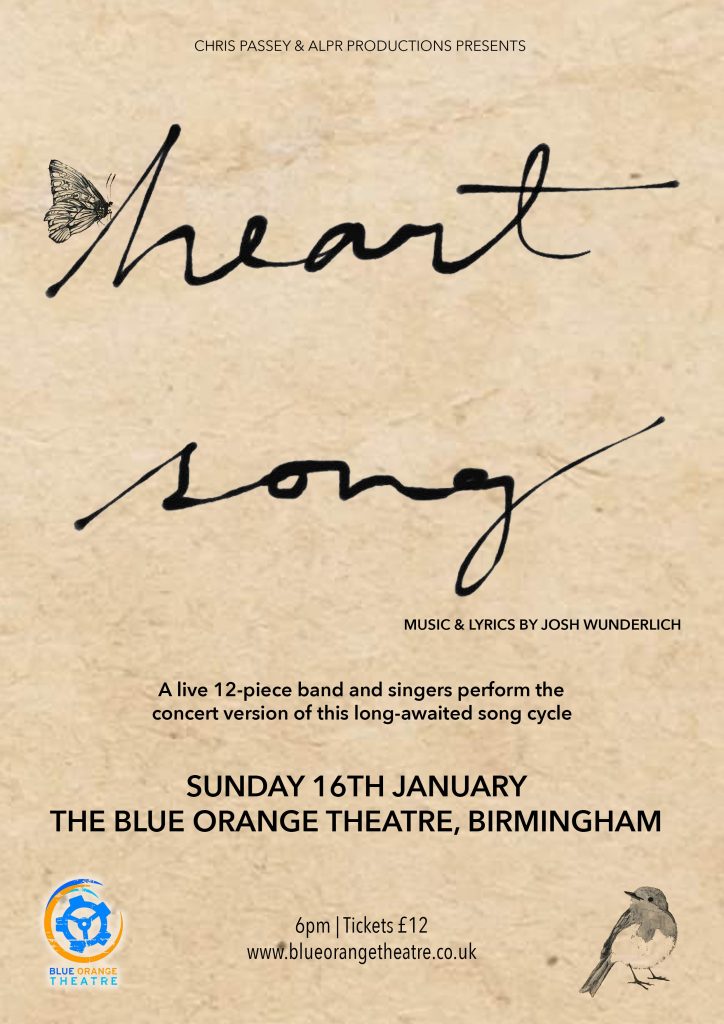 ‘Heartsong’ is a 6-years in-the-making indie folk/rock concept album that deconstructs a growing romance between two broken people. Exploring themes of love, grief, trust, abandonment and hope, ‘Heartsong’ weaves an intimate narrative between a young widower and a troubled Romani artist, who in spite of their emotional scars begin to ask the question; “Do you think I could learn to love again?”.

Performed live in its entirety for the first time with a 12-piece band, the combination of indie/alt rock sounds, British and Eastern European folk styles and orchestral strings and woodwind create a unique and lush sonic backdrop for the story, with immersive sound-design technology to tie each song seamlessly together.

Featuring a support set from Amelia Wallace – “the embraced intimacy of a bedroom musician, the powerful tone of a poet, a raw passion of delivery“