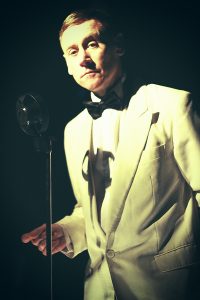 All castings will be displayed on the website, as well as being announced on Twitter and Facebook. Please only apply when castings are posted as we are unable to look at CVs at other times. We predominantly cast actors who live and work in the Midlands. Actors that live and work in other regions must at least have a base here.

Auditions: we will start by doing a Zoom audition – Wednesday 17th November – we will then see a small number of candidates face to face at a date to be confirmed.

We are looking for 2 Chinese actors for a brand new play called the Chinese Labour Corps. It tells one of the least known stories of the First World War about the 100,000 Chinese men who came to Europe to help the British as a Labour force.. https://blueorangetheatre.co.uk/project/the-chinese-labour-corps-1st-5th-february/

We are looking for:

There will be doubling involved.

Payment: There is a fixed fee of £2000 for this production.

We workshopped the piece earlier last year, based on the feedback received we have re-worked the script. The hope moving forward is to take the piece on a national tour.

If you are interested in applying for this production please send CV’s and a photo to: Johnny.chung [at] blueorangetheatre.co.uk