A Potpourri of Harps 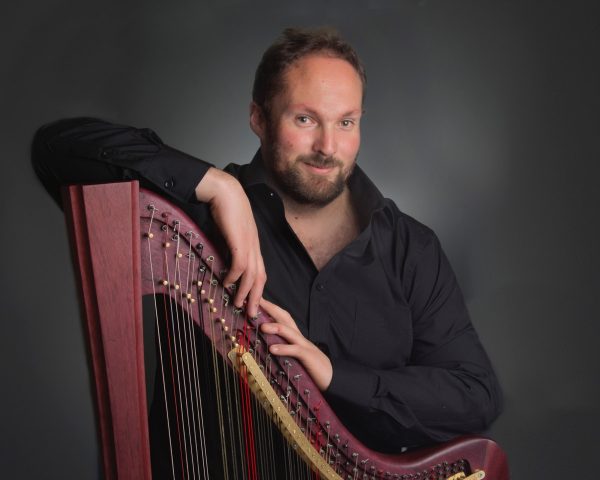 International harpist Robin Ward presents a mixed programme of Celtic and Classical music on a variety of rarely heard harps. Taking you on a musical journey from Renaissance Italy to the music of Welsh Gypsies. The French Salon through Andalucían Spain and the harpers of the British isles.

Originally from New Zealand, and now resident in Birmingham, Robin performs on a variety of harp of his own construction. His main specialisation is in the playing of the triple-strung harp – A type of harp predominantly used in classical music through the 17th and the first half of the 18th Century.

Robin initially learned to play the lever harp, before moving onto the pedal harp, on which he completed a Bachelor of Music at Victoria University of Wellington, under the guidance of the principal harpist of the New Zealand Symphony Orchestra. He then went on to complete a Masters of Music in Performance on the Triple Harp. Due to the prohibitive cost of buying a triple harp, Robin took a typical Kiwi approach, and ended up building his own instrument, and teaching himself how to play it.

More about Robin can be found at: www.robin-ward.com