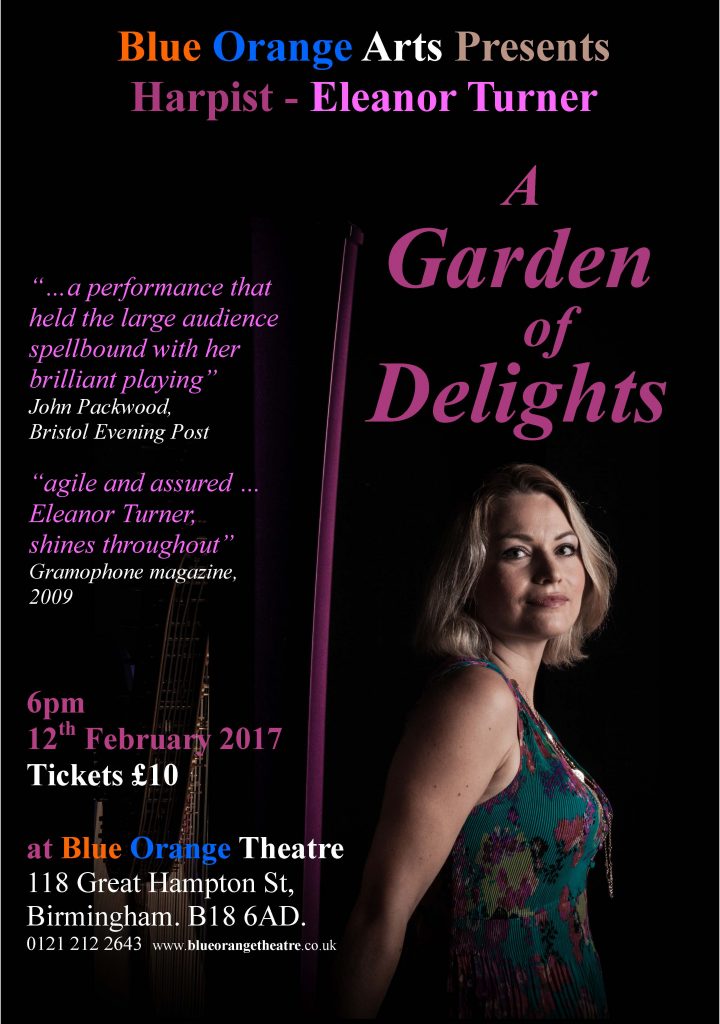 A Garden of Delights with Eleanor Turner (12 Feb)

Since her London concerto debut with the Academy of St Martin in the Fields, aged just fifteen, British harpist Eleanor Turner has gained a worldwide reputation for the warmth and passion that she brings to her performances. In the 2007 Cardiff European Harp Competition she won First Prize, which sparked an international career; concertos in New Orleans and Sydney, chamber music in the Berlin Philharmonie Kammermusiksaal and solo recitals across Spain and Italy. Eleanor won prizes at the Dutch International Harp Competition 2010 and Gaudeamus Interpreters Competition in 2011 and is proud of her 2010 Wingate Scholarship and funding from The Tillett Trust, the PRS Foundation for New Music and Musicians Benevolent Fund for ground-breaking new music projects.

Eleanor studied with Daphne Boden at the Royal College of Music Junior Department, then with Alison Nicholls; hugely inspiring preparation for a lifetime in music.

‘Something Jazzy’ workshop with Eleanor turner. 10.30 – 4.30pm Open to harp players of an elementary level plus. For more information about the workshop please email Robin Ward directly on ‘robin@robin-ward.com’