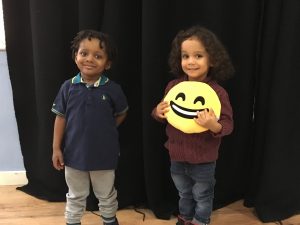 Younger children constantly engage in imaginary play as part of their worlds. The Tots drama group aims to further enhance this through drama games, songs, dance, role play and ultimately having lots of fun! 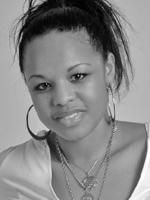 Janaya has been acting from a very young age, gaining stage and screen credits from as young as eleven. Janaya moved to Birmingham from Liverpool in 2001. She graduated from the University of Birmingham with a BA (Hons) degree in Drama and English in 2004.

Following this Janaya took on different career paths, including teaching, before entering into TIE working with Loudmouth Theatre Company for five years. During this time Janaya travelled the country performing and delivering workshops for young people and adults.

Janaya has also worked in a freelance capacity as a facilitator, workshop leader and drama coach. Her passion for working with children and especially early years groups, stems from her own two sons. She says that she is constantly in ‘CBeebies’ mode at home with her boys